For the 2019-2020 grant cycle, the Effing Foundation has awarded grants to sixteen new projects and four previously funded projects:

24-Hour Sex Advice-a-Thon, by Francisco Ramirez (he/they; NYC) – Interactive sex advice marathons, hosted by a number of diverse sexuality educators, livestreamed from Francisco’s apartment. Activities and games engage viewers throughout the 24 hours to create space for: thoughtful yet playful conversations about sex, taking down of the patriarchy colonialism and the binary, and meaningful discussions about sexual health and wellbeing, pleasure, dating, relationships, agency, and sex positivity more generally. Think: a one-of-a-kind, up-all-night slumber party with your best new friends!

Ask A Sex Worker at Nude Nite (Florida) – A group of consensual sex workers from many different segments of the industry is coming together for an interactive art installation at Nude Night in Orlando and Tampa. The "ASK A SEX WORKER" booth, constructed to appear as if it were in Amsterdam's Red Light District, will have room for three rotating sex workers to have their own red neon outlined "window" where attendees of the art installation will be able to ask direct questions about our different work experiences. Each "window" will be livestreamed and clips will be featured on YouTube.

The Black Trans Prayer Book, co-edited by J Mase III (he/him; Seattle, WA) and Lady Dane Figueroa Edidi (she/her; Washington, DC) – The #BlackTransPrayerBook is an interfaith, multi-dimensional, artistic and theological work that collects the stories, poems, prayers, meditations, and incantations of Black TGNC contributors. We as Black Trans people, who experience high rates of sexual violence, who engage in sex work at higher rates than the cis population, are looking to have a theology that incorporates the fullness of who we are. As beings deserving of care, we wish to claim a radical theology which is honest about our sexual practices.

The Black Girl’s Guide to Surviving Menopause (Durham, NC) – The Black Girls' Guide to Surviving Menopause is a multi-media dialogue project seeking to curate and share the experiences, stories, and realities of Black women and femmes over 50. The podcast was born from a series of conversations between older Black women and femmes who are negotiating the different stages of menopause along with their ever-evolving identifies, relationships, careers, responsibilities and societal tropes. This is a curated intergenerational exchange, a space for exploration, mentorship, intimacy and vulnerability around life, identity and change.

Dreaming Out Loud, by Ramses Rodriguez (he/they; San Francisco) – A short film capturing the world of a young Latina catholic girl rockera, Ruby Ramirez, as she comes to terms with her gender, sexuality, mental health, and spirituality while growing up in Long Beach. A fictionalized memoir, the series centers on a queer narrative from the perspective of a trans person of color, and is rich with music and culture from the ‘90s. This will be part of a TV pilot for a show that touches on living with bipolar disorder and dealing with parental alcoholism.

For Hire Enterprises, founded by Kevin A. Patterson (he/him) and Alana Phelan (she/her; Philadelphia) – Two books about polyamorous relationships. The first book offers education about common polyamorous mistakes (including several personal stories that correspond with each mistake) and how to address them through research, communication, respect, and emotional literacy. Topics include "An Overabundance of Rules", "Unicorn Hunting", and "Relationship Broken...Add More People". The second is an anthology of feel-good relationship stories that could only exist in a polyamorous context.

Free Figure Revolution (Atlanta, GA) – The "Queer Domestic Violence and Sexual Assault Survey" addresses the lack of representation, nuance, and information on the depths of domestic violence and sexual assault within the gender, sexuality, and race spectrum. The survey, completed in 2018, also recognizes that experiences navigating sex work and navigating intra-community harm are often left out of data work. Now Free Figure Revolution is planning the data analysis phase, as well as an art show to raise awareness when the survey results become available.

My Black (GR)ACE, by Grace B. Freedom (she/they; San Jose) – Bringing visibility to the Black gray/demisexual (ace) experience through the creation of written works that describe personal experiences in centering Black joy, Black pleasure and Black rest. My Black (GR)ACE seeks to partner with Asexual Visibility and Education Network (AVEN) to increase the visibility of black queer aces in AVEN’s online and conference communities, as well as to facilitate two-hour virtual discussion spaces for Black queer-identified aces. By decentering white cisheteronormative understandings of pleasure, this project expands the notion of what is conventionally seen as sexual.

Native Youth Sexual Health Network (US and Canada) – NYSHN is a grassroots, Indigenous-led community organization to support the sexual health of Indigenous people, including Two Spirit and LGBTQIA individuals.

Radical Visibility Zine, by Sky Cubacub (they/them; Chicago) – A celebratory resistance, highlighting the parts of us that society typically shuns, The Radical Visibility Zine challenges mainstream beauty standards through centering queer and disabled people of all sizes, ethnicities and ages. Based off the first zine, published in 2018, quarterly zines will be released throughout 2020. These will focus on accessibility, for example by providing a CD with music that has visual descriptions for blind and visually impaired people; by translating into Spanish, French, and Arabic; and by creating an A-Z disability justice coloring book in collaboration with Alice Wong of the Disability Visibility Project.

torrin a. greathouse (she/they; Minneapolis, MN) – A genderqueer trans womxn and cripple-punk, torrin is the author of two chapbooks, Therǝ is a Case That I Ɐm (Damaged Goods, 2017) & boy/girl/ghost (TAR Chapbook Series, 2018) & winner of the Peseroff Poetry Prize, Palette Poetry Prize, & the Naugatuck River Narrative Poetry Prize. Her forthcoming full-length poetry collection focuses on the sex-positive exploration of the politics of desire and desirability through the lens of their personal experiences, including the reclamation that follows trauma.

Make a donation today to support the work of these amazing artists and educators! 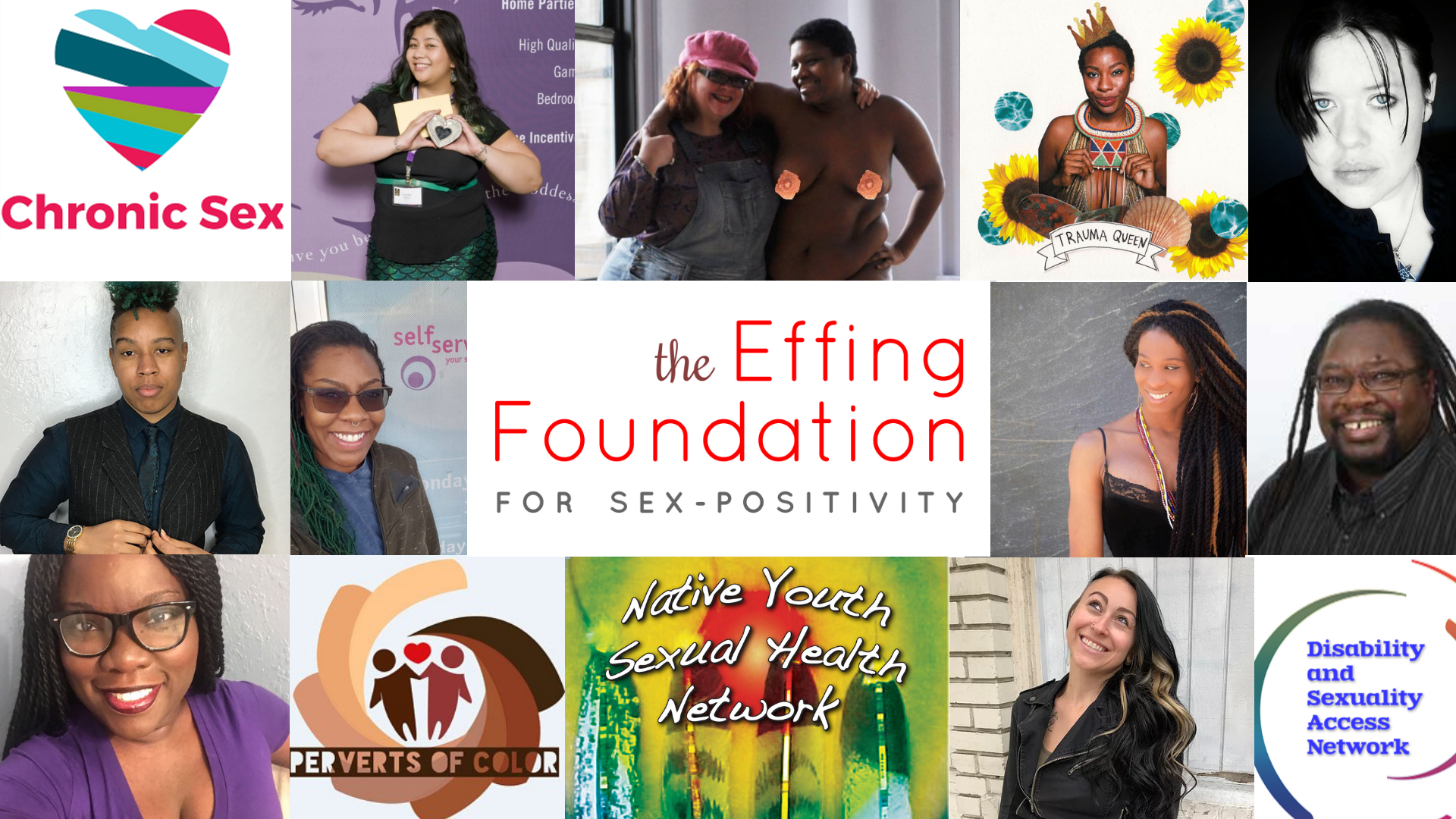 Your donation will help make more amazing projects like these come to life!